Leadership is ultimately about developing other Leaders.There are many qualities of Leadership that we seek in our leaders that are highly valued eg Integrity,Business Acumen,Power of Vision etc. These are certainly important . However the primary task of Leadership is to develop other leaders and therefore build organization capability for the present and the future.

The role of  Leaders is to create successors for their  role and that of other critical roles in the organization. However , in most cases this is the one aspect of the Leadership role that receives scant attention. At the organizational level also,this remains one of the areas of challenge.  In a recent study conducted by Bersin and Associates for over 700 HR and L & D Managers- the number one challenge they all stated was “filling gaps in the leadership pipeline.” And yet there is overwhelming evidence that organizations who have a depth of leadership deliver better business results! In another study conducted by Hewitt Associates (the TCFL study),a clear co-relation was identified between building leaders and achieving significant business targets.

Companies are realizing that building leaders and developing potential successors for critical roles in the organization is of strategic importance for the organization’s growth. Indian companies have started putting this on top of their strategic people initiatives. In a recent study of organizations that have robust practices of developing leaders in the APAC region, five of twelve companies were Indian! These included organizations such as ICICI Bank, Aditya Birla Group, Infosys, Wipro, Hindustan Unilever Ltd.

The role of developing Leaders from within is the responsibility of three broad stakeholders:

1. The CEO and the Board of Directors: The role of most CEO’s is to grow the business and ensure operational excellence. What attracts their attention therefore in most cases is the strategic planning process, future growth prospects, operational optimization etc. The role of the CEO in building leaders is often delegated to the HR/L&D functional head. And yet, this is probably the most important aspect of the CEO’s role: building the human capital for the organization to grow and flourish. The role of the CEO is therefore to be the catalyst and champion for Leadership Development at all levels. This would start by personally identifying and developing as many potential CEO candidates for his/her role. It would then continue by offering opportunities to these candidates to learn, excel and grow in their exposure to the business by personal coaching.

2. The role of HR/Learning and Development Function: Development of Talent and specifically development of leaders in the organization is one of the critical areas that the Human Resources and the Learning and Development Function of organizations need to pay attention to. It would start by identifying Leadership Competencies for the present business as well as the future. People across the organization would then need to be mapped on this. Interestingly while most organizations do have a competency framework, most of the time this is limited to functional competencies or then soft skills. Clear Leadership attributes and behaviours are not always identified.

An integrated Leadership development programs and framework need then to be institutionalized and implemented. It is very important to make this a business initiative and not just a HR initiative. Interventions for developing Leaders need to be done at all levels in the organization. This would ensure that the leadership capability for all gets enhanced. This would then result in better leadership band-width in the organization. Special programmes for high potential /emerging leaders also need to be run as accelerated leadership development programmes. These would need to have opportunities for the leaders to experiment with new business opportunities /challenges beyond their existing roles.

Internal Coaches and Mentors are helpful in developing internal Leaders since they can support and accelerate the process of tacit knowledge and experience sharing. The Essar Group in India has based their entire Leadership Development on the practice of Coaching and Mentoring.

3. The role of Individual Leaders:    Each Manager and Leader in an organization needs to own their role of being mentors and people developers for their own teams. In our own experience of working with over——–  people in——- organizations, we have experienced that when line managers assume the role of HR managers of their own teams, they are able to develop leaders for their functions. This can happen when People Development and Leadership development is seen as their primary role. Getting results is a by-product of this primary role. Such Leaders pay attention to processes like the Performance Management System by recognizing its importance in tracking both the potential and performance. Similarly, they are interested in the competency building of their teams and are closely associated with the training and learning initiatives for their teams. They would sit with their teams prior to them being sent for training and spell out their expectations. After the training, they would track the improvements the person is making on the job and give feedback. Such Leaders would also spend time with their team on a one on one basis, providing coaching and support to their colleagues. They would ensure that the team has exposure to new concepts/best practices of other/similar industries so that they are familiar with the external environment.

They are passionate about their roles as “people developers” and would spend more than 50-60 % of their time on this aspect of their role. The delegation would ensure that they are building capability within their own function.

This would require leaders to be supremely confident of themselves and their capability. Only leaders who are secure and who have a purpose in their life would want to develop other leaders in their own functions and teams.

Organizations led by wise and visionary leaders and supported by a proactive and credible HR/L & D function would create a cadre of leaders who promote and building leaders from within.

Get in Touch
Send Enquiry
LET'S WORK TOGETHER
OUR STORY 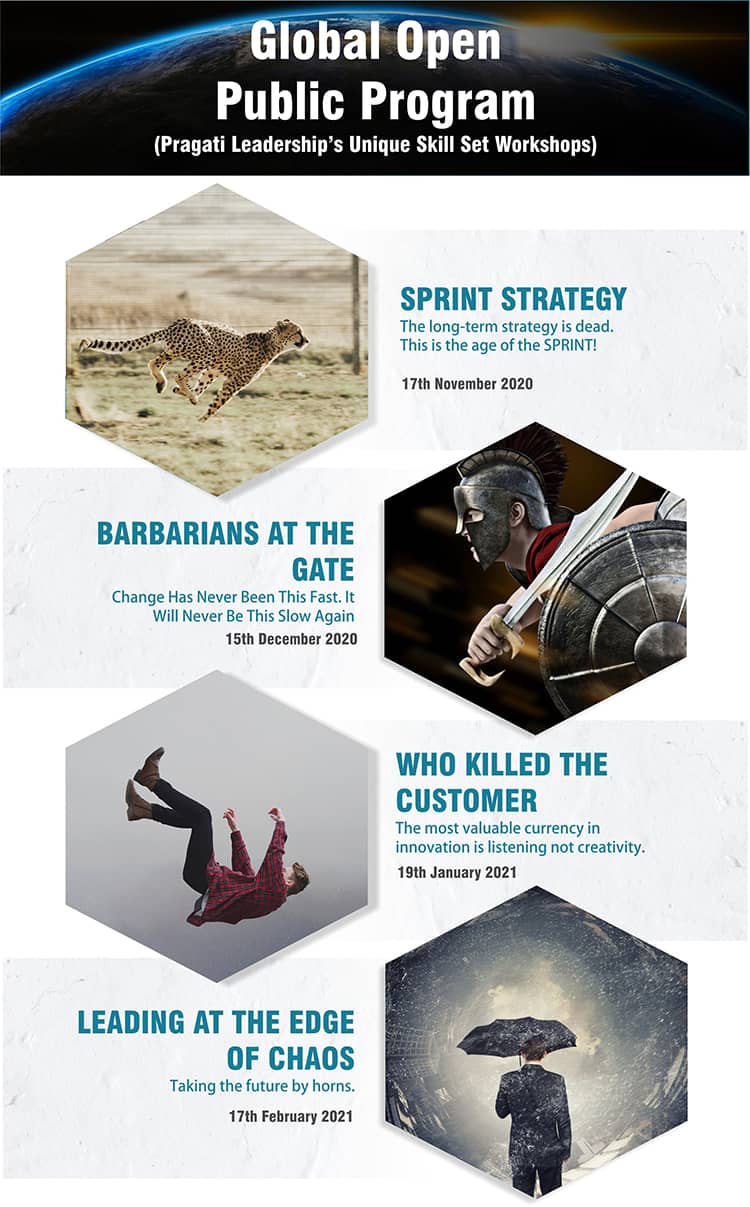