We inhabit a very crowded marketplace. Products, companies and people are all struggling to be noticed. The paradox is that people are taught that they must constantly try to fit in. Yet, there are so many people who do the same job that you do, dress the way you do, speak the same way, work in the same fashion. If you continue to do everything just the same as others, how will you be noticed?

My personal view on this is that a life spent trying to fit in is a life wasted. No one has the same genetic make-up and experiences as you. This particular mix makes you a little different from others. So if you’ve ever felt different from others, it’s probably because you were meant to be different!

(In this post, we are not talking about working off our rough edges to become well socialized. We are talking about allowing the best in us to be seen by the world.)

Suggestions that you need to go against your neural wiring may stem from the mistaken assumption that there is only one way to get something done. Moreover, it is hard to keep it up in the long term. Your system will go back to its default at every opportunity. So unless you’re trying to give up a harmful habit like smoking, it just isn’t worth the effort.

When I was a young manager, many people advised me to be a tough taskmaster. I tried it initially and got some results. Eventually, I went back to my default style – genial and considerate. I continued to get results. Additionally, my warm approach got me noticed. One day my second-level manager walked up to me and asked me if I’d be willing to take on a struggling employee. He told me that I was the only one he could come to with a request like that and was, therefore, the struggling employee’s last hope. I had been noticed as a people-developer. So I took the employee on, turned his performance around, and cemented my reputation. This employee eventually grew into a manager’s role himself!

Also, contrary to the usual “keep your boss happy” advice, I made it a point to push my bosses on issues I believed were important. My boss at one of India’s most admired companies was sometimes exasperated with me and undoubtedly confided in her manager. Her manager seemed to like my work and he knew that I expected as much as I gave. Once, his boss the CEO, invited all of us managers for an interaction. The CEO nodded and smiled as each manager introduced himself or herself. When it was my turn, he said “I know who you are”. How’s that for standing out?

I didn’t get noticed by fitting in. I didn’t build my reputation by conforming to someone else’s idea of how I should work. Neither can you.

Here’s a hat tip to those who have reinforced this belief in me through their words and their work:

Liz Ryan – for helping me see that one can build a solid business without toeing any outmoded lines.

Vishwas Parchure – for helping me see how much individuality deserves to be respected and cherished. 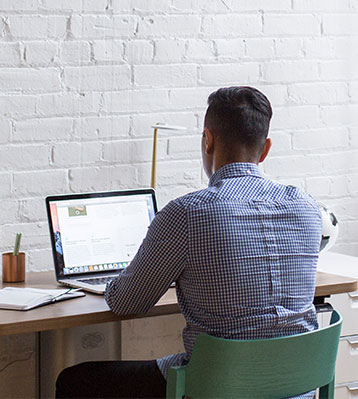 Pragati Leadership has sharpened the skills of their facilitators in the usage of virtual programs for the delivery of engaging training sessions. We are competent to deliver the various programs using Zoom, WebEx and Microsoft teams. All these platforms support access from desktops, laptops, tablets and smartphones.
EXPLORE