Yes….I Know it now….The power of my being resides in myself.    There is nowhere else to go.  I and I alone can access it.   For years I believed that the keys to this treasure were somewhere far, in some distant exotic land and inaccessible unless one crosses the towering mountain cliffs and battles the devilish seas.   Now I know the journey is simpler, maybe there is no journey at all.   And the treasure awaits me.

So what is this treasure?  Why is still hidden?  And where are the keys?

An ancient saying goes that God was often heckled by Man and his incessant requests.   Then God approached a wise Saint and wanted to know if there was someplace he could hide and be away from these constant demands.   Apparently wherever God went, Man would chase him and find him.  The saint advised God to take refuge in Man’s own heart.   That is one place he will never search for God!!

Aaah, so this treasure called Self or God is just there. In your heart and my heart…And so beautifully concealed that even with eyes wide open we just fail to notice.  And if and when we do, we might just dismiss is as irrational exalted state.   And then once again the doors shut and we wonder what next. 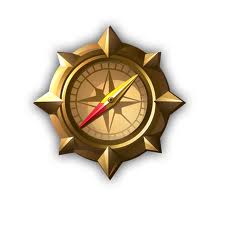 Just like for any treasure hunt, Man has been looking for the clues to this treasure.  Many have found it, and some have come very close.  It is time millions find it too.   But unlike the treasures for which the kings explored lands, this one is endless and limitless.   This treasure is something everyone can have and yet it will grow.   So what are the clues?

First of all just know that it is just there waiting for you.   Recognize that.  And you are that treasure.  So it is not removed from you.  It is part of you and you are part of it.    And all that you require is to remember this!!  So simple!!   Yet the myriad schemes the mind will come up with will take you away from this.  That’s the fake treasure called Maya.   Remembrance of the real treasure was always there, and yet the wily mind made it sound unreal.

“You are what you think.”

The biggest fallacy is that the treasure is bound.  It is not.   Even the layers are illusionary.  The master sword of awareness of the supreme consciousness is all it takes to reach to this treasure.  The highest knowledge is the knowledge of the self.  And that is the treasure.

Jesus, Buddha and other enlightened Masters have shown the way to this treasure.

Bhagwad Gita describes the four keys or ways to this treasure.   Gyan Marga,  Bhakti Marga,  Karma Marga and  Yoga Marga.   All Margas lead to the ultimate treasure of Kaivalya, freedom.  You can start anywhere and you are guaranteed this treasure.   Amazing isn’t it.    Where do you want to start?